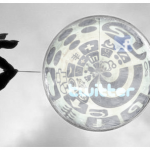 “Two days back, when I opened Twitter to check the topics that are trending, a piece of news struck me: “Deal of the day site Groupon files for IPO”. When I continued to read, I gathered the following facts: The two and a half years old e-commerce company is valued at 20 Billion Dollars. Though the revenues saw a surge, the company spends more and more to get it, the company has never seen any profits ever, its balance sheet shows a net loss of 400 Million Dollars last year and the first quarter results this year too showed a loss.”

Does anything look unusual here? I guess it does, looks like history is going to be repeated.

During 1994 to 2001, a speculative bubble termed as the “Dot Com Bubble” occurred, during which Western stock markets especially the US Markets witnessed a spectacular increase thanks to the Internet and Technology Sector.  The period was marked by the formation and spectacular rise of valuation of Internet Companies fondly called “Dot Coms” and at the end of it, the rapid fall of them which caused most of them going out of business and a huge amount of investor wealth being wiped out in the process. Let me make an attempt to try and explain why and how it happened.

A Dot Com is basically referred to an Internet Start-up firm with “innovative” (unusual, daring or disruptive) business ideas and practices with the primary aim of quick domination of market share. The Key Performance Indicators (KPI) for traditional businesses are generally quite simple, people see how much is the revenue, how much is the profit, the Profit to Equity Ratio (PE) or the Earning Per Share (EPS). But success criteria for these so called “innovative Dot Coms” were the number of users they had, the mantra was basically how rapidly one could expand. All these Dot Coms spent a huge sum of money advertising, attracting a lot of people and rapidly expanding their user base.  So the western markets saw a plethora of hugely successful IPOs during the period 1994 to 2001  and the NASDAQ composite index rose from 776 to 5,048, a staggering 6 fold increase, thanks to these innovative Dot Coms, thus making the index more technology-heavy.

But unfortunately, all these companies had only one figure to boast about, the number of users, but very less revenues and most of them were loss making, as a significant part of their revenues were utilized in advertising spends, celebrity tie ups. Also the American Economy started seeing a down trend by the end of the decade, thanks to a row of rate hikes by the Fed.

People started realizing during the result season of 1999 and 2000 that these valuations that these companies flaunted were completely unreal. The actual Bubble burst happened during March and April month of the year 2001. The technology heavy NASDAQ composite shed 10-15% during the 2 months triggered by multi-billion dollar sell orders with big sharp falls and hundreds of billions of dollars of investor money got washed out. Throughout the year 2000 and 2001, the world saw hundreds of these Dot Com Businesses filing for bankruptcy and going out of business.

The World has moved on since then and perhaps the people who learnt the lessons the hard way have forgotten them. This is 2011, the era of Social Media, Blogging, Micro-Blogging and the Deal-of-the-Day Sites. Internet has undergone huge changes in last 11 years but unfortunately the problem which caused the Dot Com Fall is still the same: it lies in monetizing the ideas and applications in the internet. To put things in a blunt way, nobody wants to pay for the amazing services they get from these Dot Coms. Google, FaceBook, Twitter, Wikipedia  are all fantastic companies with excellent services, they have billions of users hooked to them 24X7, but the bottom line is the core service is free for end users. If Google would have asked a dollar per a search or Facebook asked a penny for a status update, people would not have paid them. The companies have barely managed to get the real dollar from the actual service they are rendering with very few exceptions like Salesforce etc. which provides exceptional cloud computing services. The highly popular VoIP service provider Skype has more than 600 Million users with annual revenue of 800 something Million Dollars, a back of the envelope calculation says the company manages to make 1.5 Dollar revenue per user per annum. Wikipedia, the online Encyclopedia is a not-for-profit entity and asks its loyal users for donations to manage operations and expand. Amazon started selling products in discounted rates through e-commerce, became huge and then started selling its services like Kindle ebooks and Cloud Services. Very few companies like Google have successfully figured out a way to monetize their services through digital ads and every other innovative companies e.g. Facebook, Linkedin, Twitter etc. are trying to copy it in their own way.

On May 19th 2011, Linkedin, a professional networking site, got listed in Nasdaq at $45 per share and the scrip value more than doubled on the very day. At its peak, Linkedin shares touched a high of $127 a few days back, based on 2010 reported profits that equates to an eye-popping PE of 747 (Google’s PE is 20). This is the event that triggered the gold-rush again. The ubiquitous, not-so-serious Social Networking site Facebook is evaluated at 50 Billion Dollars (Yes, you read that right). If calculations are done on its reported revenue of 800 Million(its user base is more than 500 million), the PE is again 100X. Compare it with the biggest and most successful tech and consumer electronics company of this decade, Apple (PE is around 20/22). The loss making five year old micro blogging site Twitter and Social Games maker (remember FarmVille?) Zynga both get a valuation of 10 Billion Dollar. All these companies are lined up for their primary market debut. Harley Davidson, a 110 years old brand known all over the world has a valuation of 10 Billion Dollars. Do you smell what’s cooking here?

Well, the Bubble-Meter has already started ticking. The billion dollar question is, when will it burst? With very high unemployment rates and worsening Consumer Demand and Optimism in the US, and a number of countries defaulting in Europe, We may not have to wait very long. Let’s wait and watch.