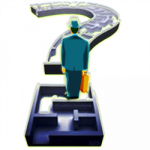 Decision making is believed to be an art than a science. The reason is that very fundamental decisions are taken at the planning stages which are difficult to conceive and later implement.

Some of the guidelines of decision making are listed below:

Negative decision making: Decision making is really thinking of alternatives and then choosing one to convert into action. If we do not have any alternatives in deciding, then there is no choice and we follow whatever option that is available to us. Even then we decide whether to follow the option available. So decision can be positive as well as negative. You keep anything pending for a length of time and you find the problem has changed its nature by being irrelevant. Thus if you do not take decision, time will take decision and force it on you. Thus, lying idle without taking any action amounts to taking decision negatively. Thus we have to appreciate ‘indecision’ as a decision. We may appreciate and wait but time does not wait for decision making. That is why a certain speed is necessary to take decision. Even negative decisions must be positively taken so that you do it with full awareness of its consequences.

Decision making is action oriented: We take decision to decide application of particular resources in a given direction without which results would not take place. Decisions have no value for action without deciding about implementation. Thus, decision must help in taking action and make progress towards objective that we have in mind. A decision may look good on the face of it but if it is not actionable, it is really no decision. The real worth of a decision is its utility for action.

Decisions are value based: You lead all your life weighing actions on your value scale. Whether to accept an invitation from a friend to while away time can only be decided on the value base which you have adopted. If you have accepted that whiling away your time is your value, then your positive decision will be to accept the invitation. In case, your value is to give importance to something else, you will decline such an invitation. You will go for disciplining your staff provided you value it yourself.  Thus decision can be neutral but not the values. These values belong to decision making of individual or their groups, and that determines a choice of alternatives for decision making. Many decisions fail because they are not backed by values of those who moot and pursue it. Hence we cannot decide unless you have a value scale in your mind to decide.

Decisions are time based: One must understand the two types of time elements in decision making. The first is time for implementing decision. If you delay it, you will get different results. You must also decide along with the decision, the time to implement it. This time is crucial for action and the decision will prove meaningless, if not followed in time. The other type of decision involved is the time which you take to make a decision. There can be a reactive decision and proactive decision. When there is a urgency under certain circumstance, one has to immediately react with some decision. Generally, there is no time or one feels lack of it and one takes a reactive decision.

Decisions are taken against objectives: Decisions can only be taken against objectives that are to be achieved. The ends must be very clear; otherwise it is not possible to establish viable alternatives. Objectives do require a time frame. It means one must achieve an objective within a given time. Result must be clearly ascertainable in an objective. One can concentrate on decision making, if the objective from the start point of time, results to be achieved and resources available are clear. Decision making becomes clearer if these are taken in undoubted conditions. You can think quite a lot before arriving at a decision but once you do it, you must have clear and specific time bound objectives.

Decision involves risk taking: When we are not happy with the current state of affairs, we start thinking in terms of change. Such decision making is called breakthrough thinking in the present stalemate. It calls for a change. We cannot foresee the results of any change and each change is a risk. It means decision making involves change and due to uncertainty of result contemplated a risk. The ability to take risk determines the choice of alternatives in decision making. People who are generally risk averters prefer status quo or a little incremental change than transformational change.

Decisions do not come singly: Generally one problem and the decision based on it requires actions on many associated problems. To satisfy employees you may raise salaries to find that your products have become more expensive and you have to do something in this direction. Thus one has to be take decision in cluster to satisfy all aspects of environment within which it is taken. One has to prepare to handle many problems simultaneously, if one has to make one decision effective. It is therefore necessary to watch other areas which would need further changes.

Managers handle a variety of decisions and at its different stages synchronously: A busy manager has to handle a number of decisions at different stages at the same times. For one decision information is being collected for another, action is being planned, yet another is in implementation or evaluation stage. Thus problems do not come in a row but as a bundle of all these. Thus decision making is always under pressure of time. It is where the managerial
ability is tested. This is in addition to the procedural work; one is carrying as a routine. Each of these activities gives you a signal for tomorrow or to a need for change thus inviting you to be always amidst problems and decisions. Thus prioritization is essentials and yet all have to be dealt with all the time. This variety, though it offers a challenge becomes much more complicated when each decision is in different stage of progress and implementation. You are simultaneously implementing a decision, taking a new decision, evaluating the other etc. All this requires a high degree of synchronization.

Decision need open system approach: Decision cannot be taken by just confining to the area of decision itself. It is an open system and we require it to be connected to surrounding areas to arrive at a better decision. They depend upon purpose, policy; objectives etc. which are set outside but which are necessary to consider before decision are taken. The course of action is decided by the managers by taking into consideration overall environment and its purpose.

Taking Decision is more of an art than science though scientific tools are available to impose more rationality and objectivity in decision making. Decision are objective based, action oriented, value and time based, need ease for handling, creativity, resource availability and demands risk taking capacity on part of decision maker.